Start a Wiki
The African bush elephant (Loxodonta africana) is a species from the Proboscidean order.

The African bush elephant is an intelligent animal. Experiments with reasoning and learning show that it is one of the smartest mammals together with their Asian cousins.

The African bush elephant is herbivorous. Its diet varies according to its habitat; elephants living in forests, partial deserts, and grasslands all eat different proportions of herbs and tree or shrubbery leaves. 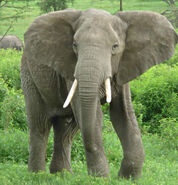 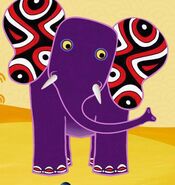 Add a photo to this gallery

Retrieved from "https://animals.fandom.com/wiki/African_Bush_Elephant?oldid=74417"
Community content is available under CC-BY-SA unless otherwise noted.